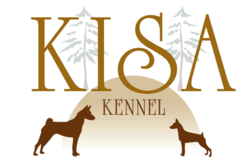 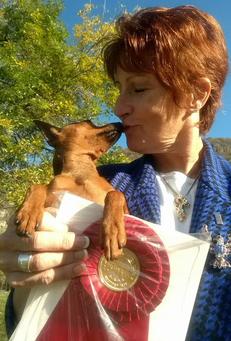 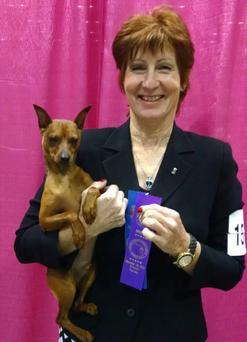 Kim Byrd, PHA, grew up as a United States Air Force daughter, however, her parents always knew dogs were to be a part of her world.  She brought every stray and little helpless animal home for repair and love no matter which US State or foreign country they resided.

While working as an assistant at a shelter in New Jersey, a little red and white boy with a curly tail and perky ears was brought in.  Kim was greatly intrigued by this funny little fellow.  After finding out he was a Basenji a friend told her the best way to find out about the breed was to go to the Burlington County Kennel Club dog show and it was an immediate love affair with the breed and the conformation ring.  She was captivated by the women who handled dogs as members of the Professional Handlers Association and dreamed of one day being a member of this august organization.

Kim’s professional life until 2013 was consumed by working for the Department of Defense (DOD).  She began her career as an administrative professional at the Pentagon in Washington, DC.  She had a myriad of positions in the Pentagon, then transferred to New Jersey to work for Twenty-First Air Force.  Her organization managed the military flights and transportation for the east coast.  She was instrumental in the use of computers in the administrative field for the US Air Force.   When her position was abolished under a reduction in force she moved on to the Department of Agriculture as a program specialist and public affairs officer for the first female State Executive Director.  Another reduction in force moved Kim to Virginia where she again became an employee of the Department of Defense.  Personally selected by the Commander, she worked as the Protocol Officer until her retirement.

In 2015, Kim’s dream came true and upon a recommendation by the highly respected Ms. Damara Bolte, she was asked by the Board of Governors of the Professional Handler’s Association to become a member.  A great honor indeed!

Kim is the American Kennel Club Gazette Reporter for the Miniature Pinscher Club of America and is the Chair for the Afternoon Delight event of the Old Dominion Kennel Club of Virginia.